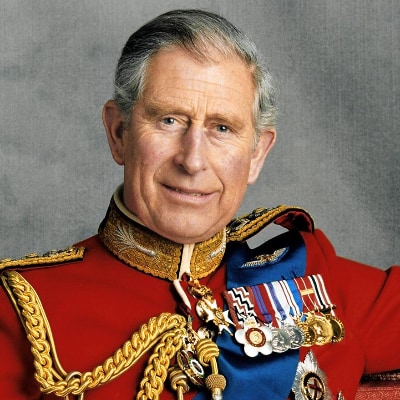 Charles III (Charles Philip Arthur George) is King of the United Kingdom and 14 other Commonwealth realms. He acceded to the throne on 8 September 2022 upon the death of his mother, Elizabeth II.

Charles was born in Buckingham Palace during the reign of his maternal grandfather, King George VI. Charles was three when his mother ascended the throne in 1952, making him the heir apparent. In 1958, he was created Prince of Wales, and his investiture was held in 1969. He was educated at Cheam and Gordonstoun schools, as was his father, Prince Philip, Duke of Edinburgh. Charles later spent a year at the Timbertop campus of Geelong Grammar School in Victoria, Australia. After earning a Bachelor of Arts degree from the University of Cambridge, Charles served in the Air Force and Navy from 1971 to 1976. In 1981, he married Lady Diana Spencer, with whom he had two sons, William and Harry. In 1996, the couple divorced after they had each engaged in well-publicised extramarital affairs. In 2005, Charles married his long-time partner, Camilla Parker Bowles.

Although King Charles was actually born on November 14, 1948, the official British monarch’s birthday is celebrated each year on a weekend in June for purely practical reasons. The day usually presents more acceptable weather for a public party!

What a great day to drink an English Beer!