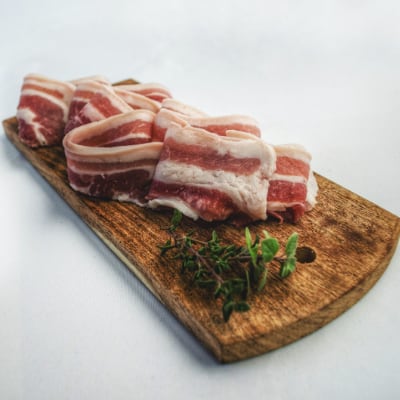 International Bacon Day is an unofficial holiday celebrated on the first Saturday in September each year. Even though it is an international observance, the dates vary in some cultures, celebrating on February 19 and the first Saturday of January. Bacon is pork meat that is cured with salt, followed by drying or smoking it. The taste is unlike anything else and a staple in American food.

Salted pork was first served on the tables of the Chinese thousands of years ago. From there, the practice of curing pork spread throughout the Roman Empire. Bacon fat was also used by Anglo-Saxon peasants for cooking. The term bacon or ‘bacoun’ stems from Middle English, with French and German dialect elements to it. It was used to refer to all pork meat till the 16th Century.

The National Pork Board has labeled Spanish explorer Hernando de Soto as the ‘father of the American Pork Industry.’ Responsible for bringing 13 pigs with him to the New World in 1539, Soto’s herd grew to 700 in three years. The rest, as they say, is history.

Bacon Day, on the other hand, was founded by a group of Colorado-based CU Boulder graduate students in 2004. Students from Bucknell University have their own bacon day celebrations, gorging on as much meat as they can, and calling themselves ‘Meatheads.’ In the U.K., Bacon Day is celebrated some time around January 14, before the winter examinations, as a means of procrastination and fueling for revision.

In the U.S., bacon is the belly of a pig, whereas meat from the pig’s loin is called Canadian bacon. Bacon is smoked using mesquite, hickory, or maple wood, and extra ingredients may be added to further enhance the flavor. Bacon is mostly enjoyed for breakfast, in B.L.T. sandwiches, or simply on its own.