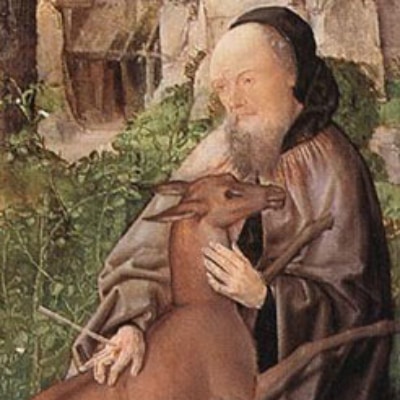 Saint Giles (Aegidius), also known as Giles the Hermit, was a hermit or monk active in the lower Rhône most likely in the 6th century. Revered as a saint, his cult became widely diffused but his hagiography is mostly legendary. A town that bears his name grew up around the monastery he purportedly founded, which became a pilgrimage centre and a stop on the Way of Saint James. He is traditionally one of the Fourteen Holy Helpers.

Saint Giles is the Patron Saint of Blacksmiths.