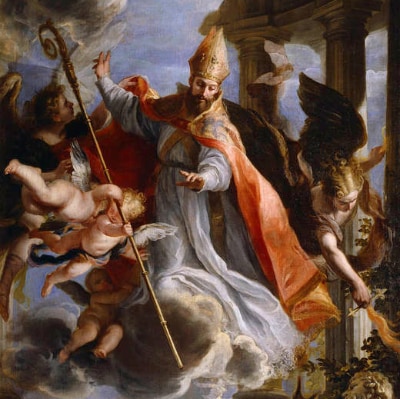 Augustine of Hippo (Aurelius Augustinus; 13 November 354 – 28 August 430), also known as Saint Augustine, was a theologian and philosopher of Berber origin and the bishop of Hippo Regius in Numidia, Roman North Africa. His writings influenced the development of Western philosophy and Western Christianity, and he is viewed as one of the most important Church Fathers of the Latin Church in the Patristic Period. His many important works include The City of God, On Christian Doctrine, and Confessions.

St. Augustine is the patron saint of brewers.